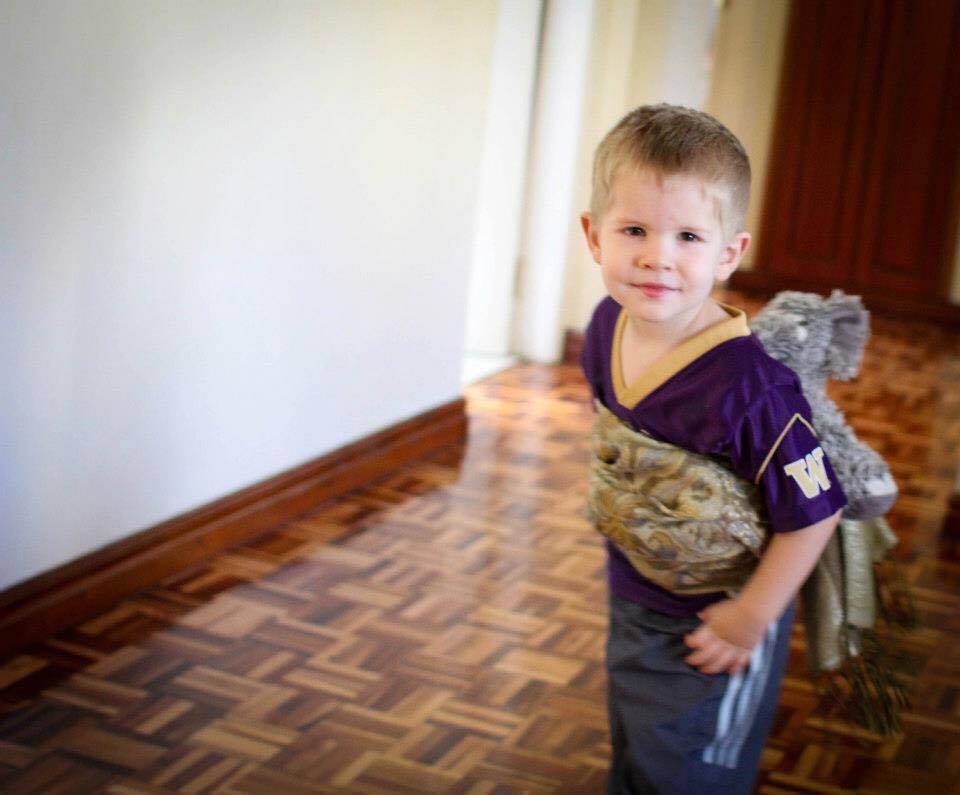 In 2012 we received a new addition to our family. A small stuffed elephant named “Elle”. He was a gift from my mother. We were to bring him with us to South Sudan, and Sudan and take photos with him. Send them to her and then she had a small stuffed lion. The lion would send photos of his adventures and when we saw my parents again they would “reunite”. A very sweet way to keep in touch with her grandchildren.

When we moved overseas very few toys “made the cut” but Elle was one of them. W— man was the most attached and he would carry it around on his back and talk to it. He loved that animal. A lot happened in the next few years including multiple moves and houses and Elle journeyed with us to each.

At the very end of 2013 we were unexpectedly medically evacuated. I remember being so exhausted and trying to care for my two year old who was so ill and pack was too much, so we just threw a few items in a backpack and boarded the plane. Elle waited on W—mans bed “forgotten” until our return in what we thought would just be a few weeks. A few weeks turned sadly into never for our family as war broke out, eventually the compound was looted and all our possessions (with the exception of a blender) were all taken. It was 2015 when we got news that everything was gone. I remember the children crying. W—man over Elle. He had prayed every night for almost two years for Elle, that he would be safe, that we would see him soon. When we told him Elle was gone he prayed for awhile for the child he imagined had given Elle a home but we gently explained to him that we would never see that stuffed animal again.

Just a month ago we got communication from a teammate 126 miles away from where we had left Elle that night four years ago. It was a picture of a small stuffed elephant that had been found in some items the UN had found after the raid in December of our base (again 126 miles away). I stared at the screen. There on her bed was our little Elle. I couldn’t believe that he had somehow traveled all that way, survived four years of war, 3 lootings and was staring at me through the computer screen. She promised to bring him out on her next visit. I tucked the thought out of my mind and decided I’d wait to get too excited until I saw Elle in person (and would surprise the children if he indeed turned out to be our little traveling stuffed animal).

It was a Monday evening last month and I was on the phone with J—-. He was in Doro, South Sudan and we were discussing his return. Due to some medical challenges with my ankle, some evaluating of his extensive time spent traveling, and a change in plane arrivals he was informing me he had decided to come home to us two days early. He had just booked his tickets on a WFP (UN) flight for the following day. I listened in gratitude when suddenly there was very loud noises. Both of us instantly fell silent and he calmly explained that there was gunfire and he needed to go. I got off the phone.

The children were playing in the backyard, dinner was burning on the stove and I quickly texted, “drunk soldier?” to which he replied. “no”. This is not the first time this has happened in this region when Jonathan has been in (or ever) but it was the first time I’d heard it over the phone. Its proximity and the intense activities there in December caused my mind to wander a bit to what ifs. I put on a movie for the kids, scraped burned dinner out of the pan and started over re-preparing food. By nightfall all had quieted and after praying with a friend over the phone I settled into bed.

It was a skirmish between two tribes that had been at odds in a camp less then a kilometer away. Details began to emerge the next morning and as I headed into a training class that I had scheduled that day I kissed the kids and told them daddy might not come out as planned his plane was probably “delayed”. When I arrived I  got word that while all was quiet so far that day the flight had been bumped as a precaution and J— would remain in the area for at least another day.

As I sat in the training my mind began to race, calculating what I knew to be true of tribal tensions, envisioning a calm before things started up again, grieving that the delayed return, trying to reconcile holding down the fort well another night while wondering the situation of my hubby, all the what ifs rushed in and I felt overwhelmed by possibilities and discouragement as I tried to shake the muddle my teammate walked in. In her arms she carried with her a small stuffed elephant. It was Elle. Of all the days for this little stuffed animal to make its crazy journey back to us it had arrived that day…and I held it tightly in disbelief.

That whole day when my mind started to wander that elephant stared at me, God used it to whisper, “if I can somehow take this elephant and move it over 100 miles and carry it through multiple raids and into your arms in Nairobi I can bring J— home to you soon. Not because you need it, but because I love you and I know what will bless your heart.  This sweet song our God whispered to me throughout the day through the beaded stuffed eyes on an elephant. The whisper took on the tune of, “I love you my child, I see your capacities, your worries your fears I will not give you more than you can bear I see you.” It was almost 4pm when I received a call that they had re opened the airstrip and that J—was en route to the capital city I was just hopping in my car to head home for the day and when I got home W—man came running out. I held up Elle and he gasped…and cried. With tears running down my cheek I knelt down, “what do you think buddy?”

“I didn’t need him mom” he replied

“but I loved him and I think God knew and wanted to bless me with him today…when’s dad coming home?”.

“tomorrow buddy” I whispered. He grinned from ear to ear. 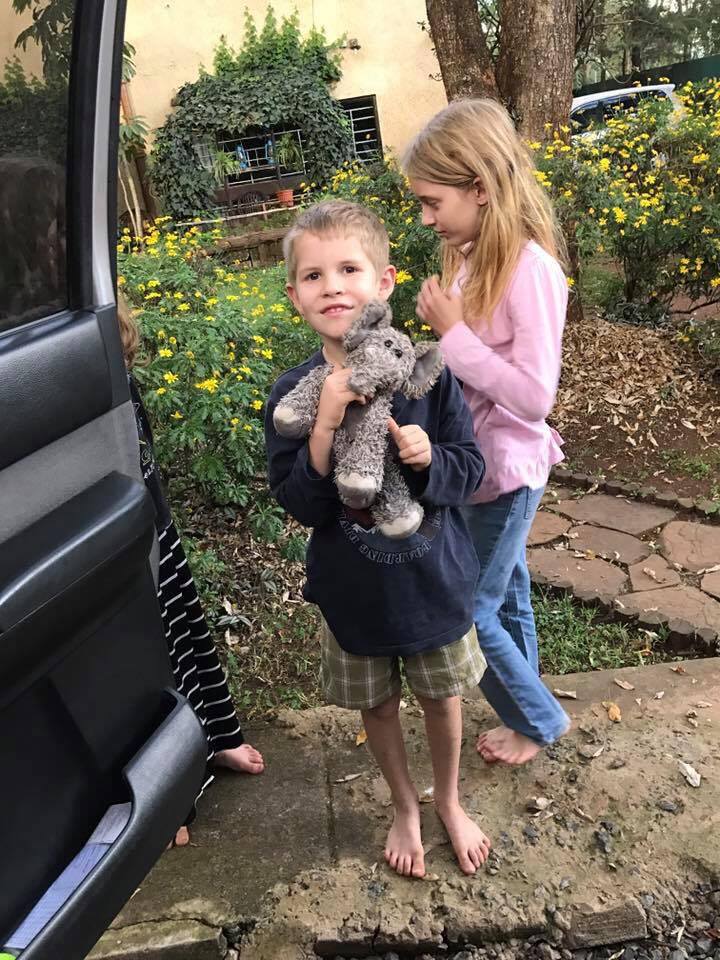