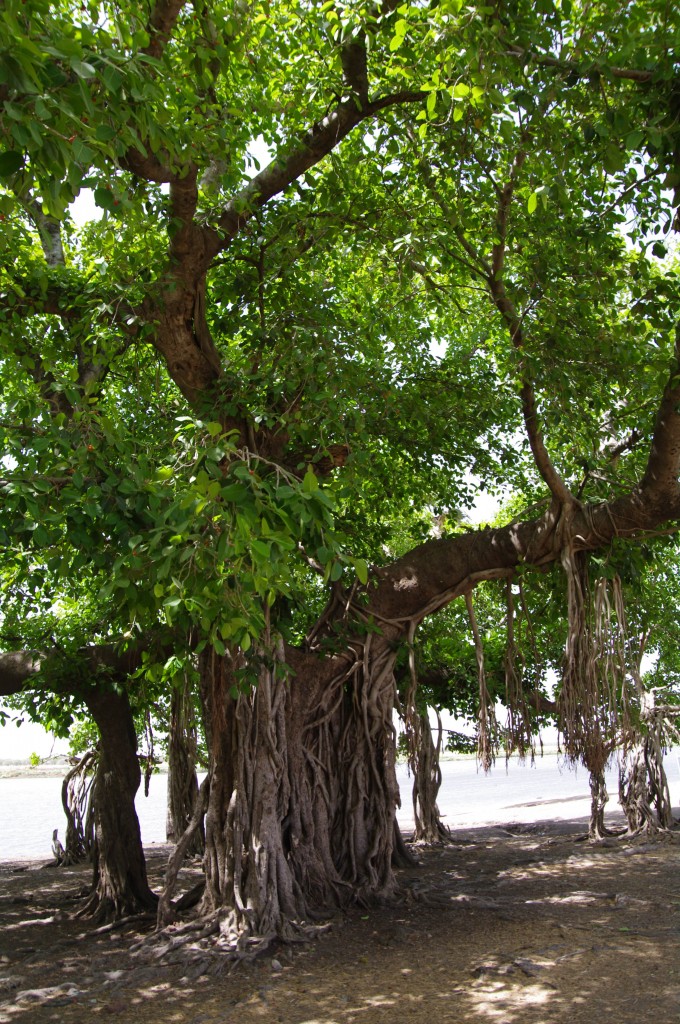 I left my glasses in the wrong country. When we left to board the plane with our sick boy we were sure we’d be back in a few weeks and I had my husband grab the computer and a set of clothes for the kids and we left almost everything else behind, including my glasses. It has taken me a long time to come to grips with the fact that we would not be returning to Melut as planned, and that my glasses were not going to grow legs and walk along with other more sentimental items to find us in Nairobi. So yesterday I looked up a local optometrist, walked in and by the end of the day walked out literally overwhelmed that the trees had leaves.

My vision is pretty good up close, but put anything in the distance and it becomes a blurry mass for me, still beautiful (or ugly depending on the object) but not distinct and unique just a blur of massed colors. I am wearing my glasses this morning and folks I am still amazed to report that all the tress around block B1 have leaves on them as well.

I feel I must do a brief write up on some of the leaves regarding our evacuation because sometimes if your eyesight isn’t great you cannot see the detail that was orchestrated in an event until you put on glasses and  there is nothing that brings greater clarity then time to see all the grace.
When Daniel was medi-vaced we were devastated, there were blessings in the moment but we were so looking forward to Christmas with friends, to focused language, to delving into sweet friendships in town and it was quite the disruption to our plans. As time continued on we saw that God, in His amazing grace decided to use roto-virus to bless our family.

J and I would have been there in Melut when things started happening in the South, we would have most probably moved to Malakal to join our teammates for easier extraction arriving just in time for fighting in the streets. The reports that came from our teammates who were unable for a week to get out are devestating, we are so glad we are not walking our kids through processing trauma they have witnessed.

Our logistics team didn’t have to try and find a plane to extract six more people. Our kids left under the “known” stress of a medi-vac instead of the unknown stress of a civil unrest evacuation.

Eli, took me to the airport, while there he found out his family of five might be able to get a free ride to Uganda where they were spending Christmas so they bumped up their departure date in order to try and make that happen, when it fell through they decided to go early anyway. Just a few days later fighting broke out in Juba, they would have either been unable to get out, or been stuck in the fray. So trips to the airport that seem like an inconvenience become a blessing in disguise.

Because we were already out when everyone else was evacuated we could help prepare homes for folks to relieve burdens on the CMT team, make meals and organize Christmas for 30…all because a little boy got sick.

If anything these things (and so many others) tell me a story of God who is present in the details, the little things of life and is using these little things to orchestrate something bigger. It doesn’t make the medi-vac “ok” or feel less traumatic but it does deepen my faith in the God of the details. The God who places leaves on trees instead of just a mass of color, and individually paints them so the entire image is one of beauty, details and in life, grace. Often we don’t get to see His hand in the details, but when we do I think we ought to praise Him for it….because there are times where we cannot see why things are happening, where the trees look like green blobs of color but because we’ve seen his hand in the past we  can know that He is there, we can know from experience that all tress have leaves and no act is beyond the love or ability of God to take the unexpected, the sad, the hard and redeem it into something that fits beautifully into the bigger picture.

The trees have leaves, it doesn’t make hard items go away, or even feel better sometimes but it makes them bearable knowing God is the God of the details and is in the business of redemption of each detail for His glory. The tress have leaves.

5 thoughts on “The trees have leaves”